All maps are fantasies. Cartographers create worlds whenever they put lines on paper.

We can smile at the sea monsters and dog-headed tribes of ancient maps, but the worlds in Google maps and satnavs are every bit the cartographer’s invention. The young people’s maps are also often populated with fantastical creatures which have crossed over from the digital world of Minecraft or Pokémon into the city. How young people understand the world is influenced by computer games and mobile ‘phone apps, whilst logos and physical locations are often used interchangeably. 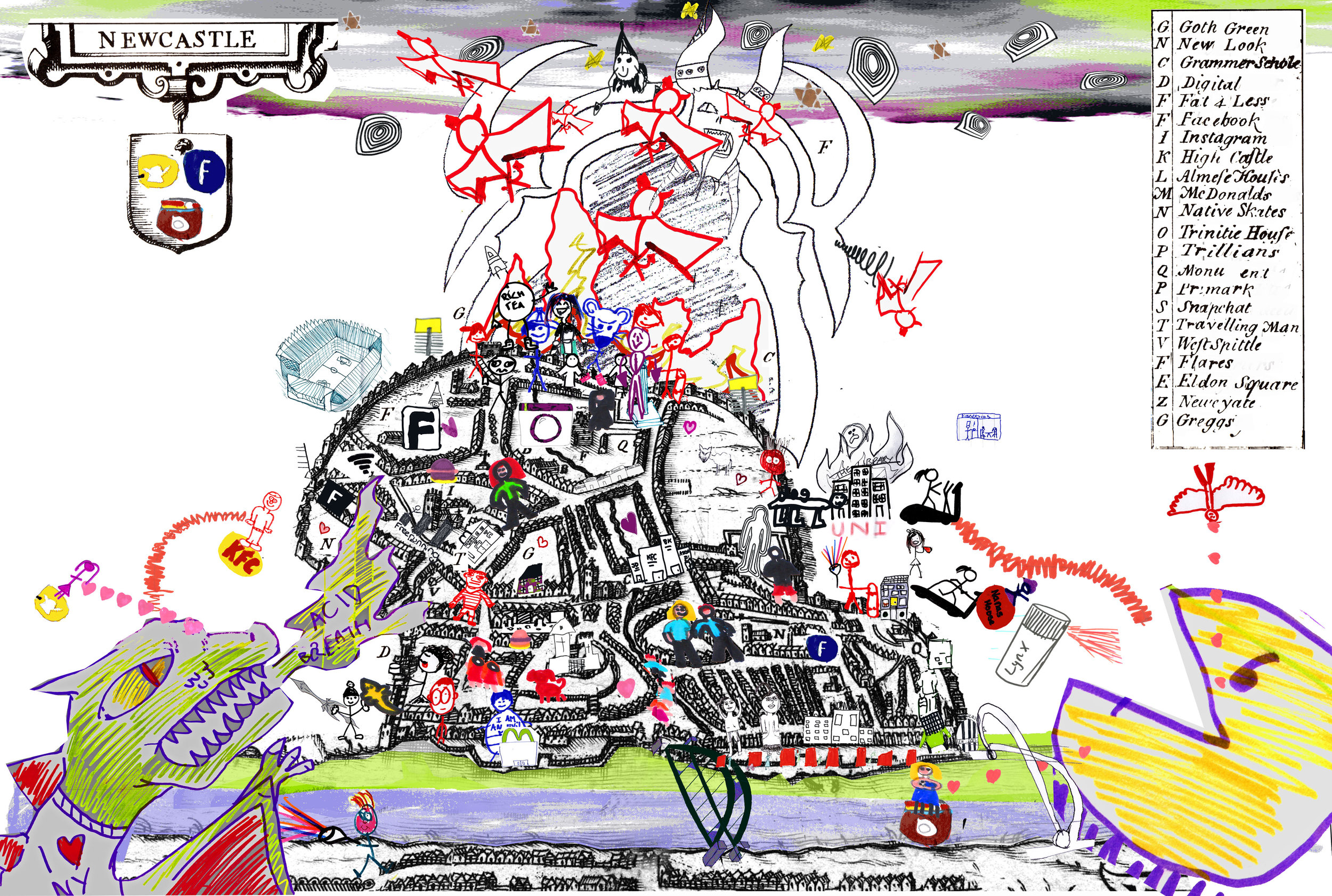 The city stands right on Hadrian’s Wall, half in the barbarian world, half in the empire. It is a city whose image is known around the world, attracting many visitors lured in by the tall tales and big nights out. For youngsters the city is both a dream, beckoning them to come on in, and a challenge because youngsters hanging around in the city can be seen as a nuisance.

The fantasy map shows the youngsters as they have drawn themselves in school and university workshops, or working with Tyneside’s skaters and in Space2. Their maps often contain fantastical creatures many of which have crossed over from the digital world of Grand Theft Auto or Warcraft into the city. Even maps of school have lurking dragons or legendary figures from school folklore. The hopes and fears of youngsters often wrestle for space on the maps

Newcastle is their city as much as anyone else’s and in the map they defend their city against the strange creatures that their own individual maps have conjured up. 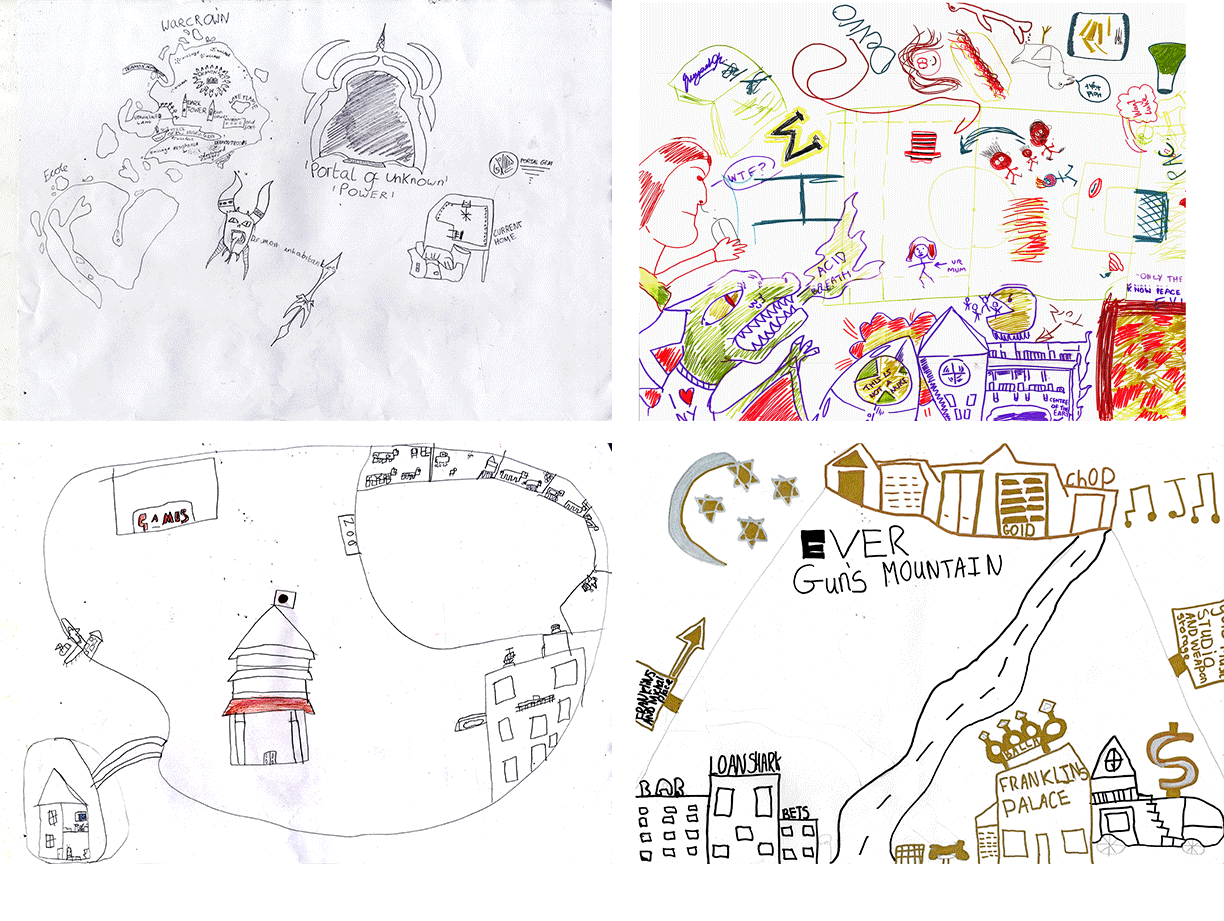